Coach Poynter is entering his 20th season as the Viking 7 on 7 head coach.
Jim and his wife Peggy have 3 sons who played football for the legendary Eddy Peach and graduated from LHS. Son Michael led the 2007 Viking 7 on 7 team to a 3rd place finish in the 64-team State 7 on 7 Championship. Coach Poynter owns a commercial real estate company, has two grandchildren, and likes to play golf. Jim is a graduate of PENN and was a three starter for the football team. This year he is coaching his grandson Jayden’s 5th grade 7 on 7 team in Grapevine along with Coach Steward. Jim is a founding Director of the Arlington Athletic Hall of Honor Foundation and the Eddy Peach Scholarship Fund. 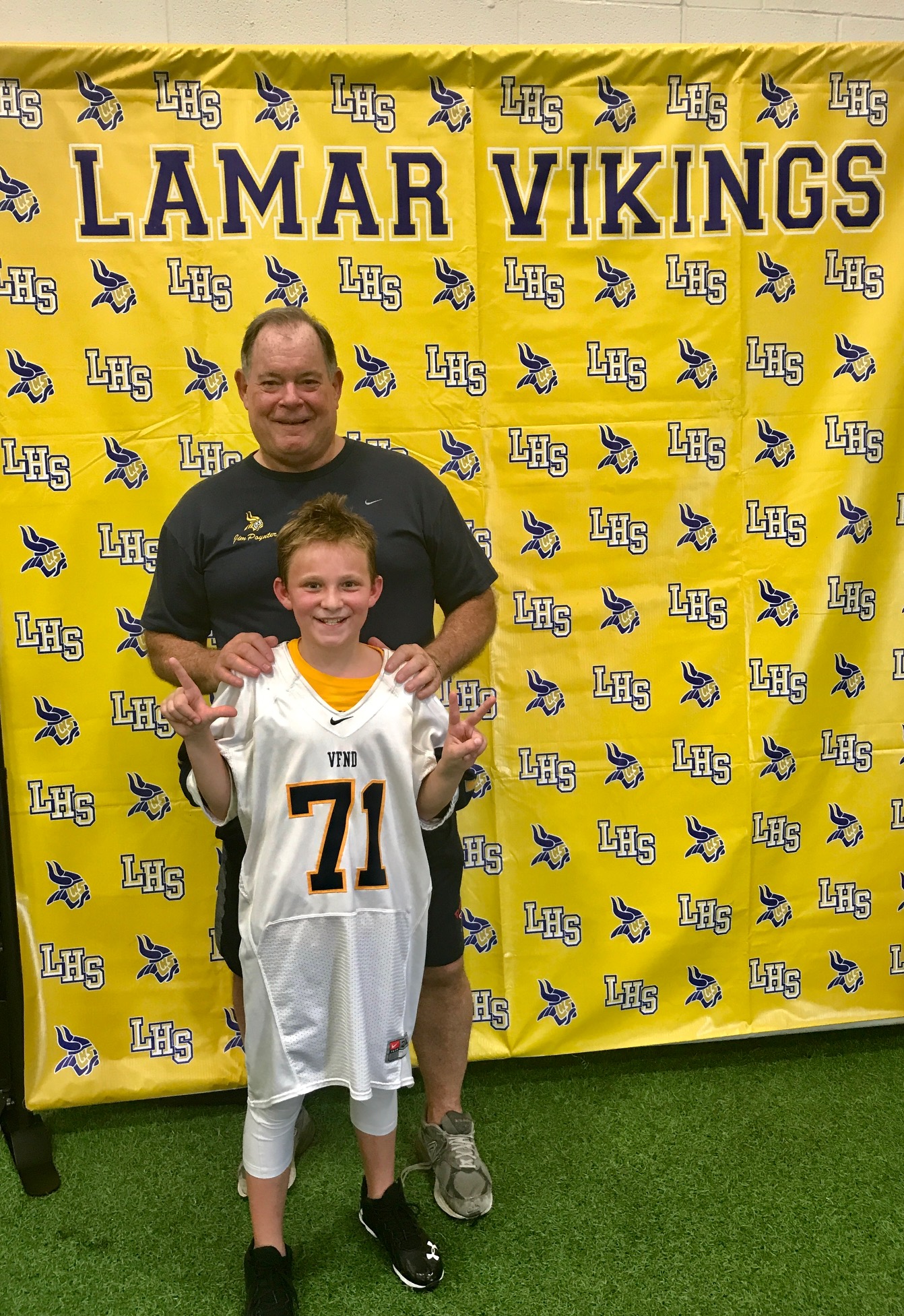 Julian is starting his 12th season as a Viking 7 on 7 coach and is now the defensive coordinator for the Vikes. Julian played 7 on 7 and regular football from middle school through high school for the Viking program. Literally, upon his graduation from Lamar he started volunteering as a Viking 7 on 7 coach. Although just 31 years old,  Julian is one of the most experienced and capable defensive coaches in Texas 7 on 7.

Spencer is entering his 7th season as the Vikings varsity offensive coordinator. Spencer twice lead the Viking JV 7 on 7 team to the state tournament as the head coach. Former multi sport letterman for Lamar including 4 trips to the state tournament as a player between middle school and high school. A graduate of Texas Tech, Spencer earned his master degree from the University of Texas at Tyler in Human Resources. He works in human resources for a local Arlington organization. 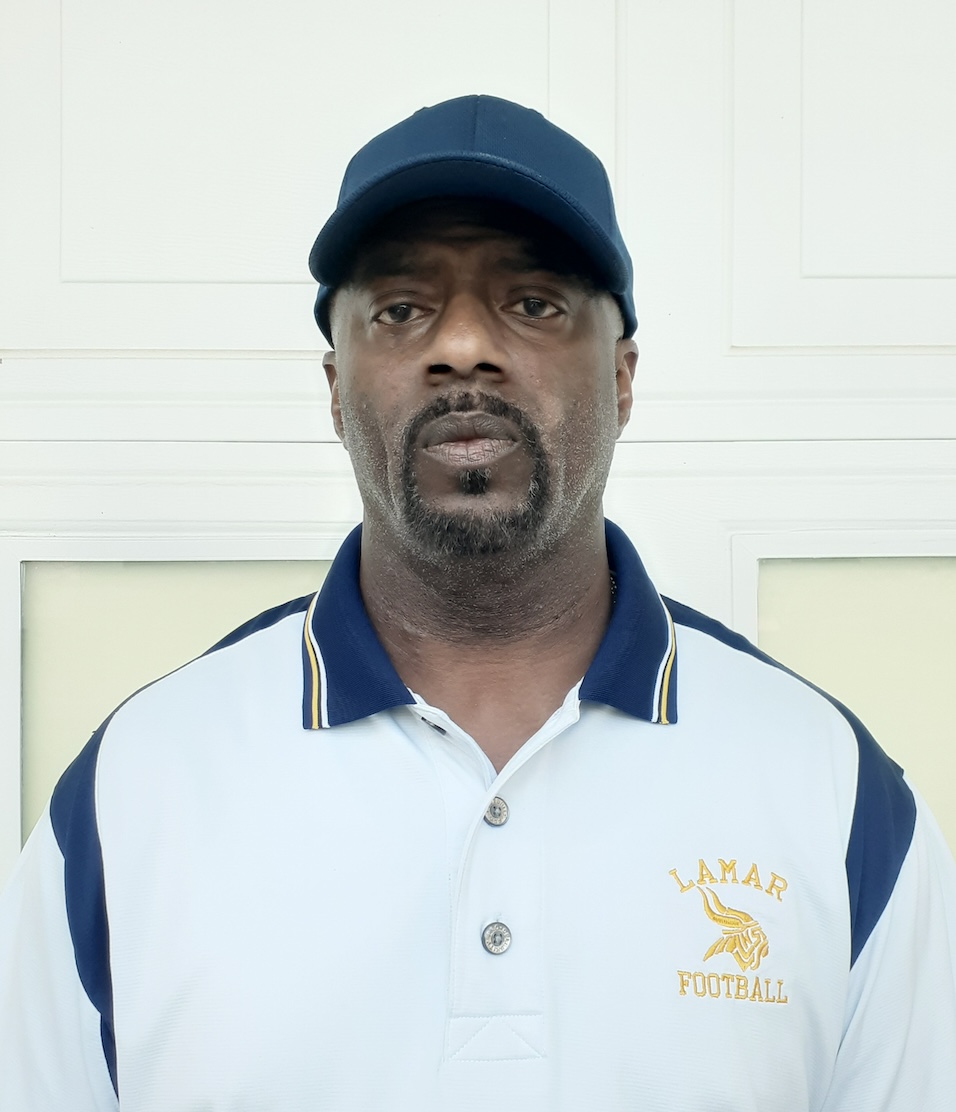 JR handles multiple duties ranging from coaching to operations for the Vikes.  J.R is retired after a career in  Law enforcement. He was married for 33 years and has 9 kids. JR started coaching in 1990 to the present. “I’ve coached little league, Arlington optimist ,softball and 7/7 in all age groups over the years”.

Angie is entering her second year as the Lamar Viking 7 on 7 coordinator.
She is married to Jeff Morris who is the offensive line coach for the Arlington Lamar Viking football program. Jeff and Angie are the parents of 5 children and 3 grandchildren. Their son, Jaden, led the Lamar Viking 7 on 7 football team to the State Qualifying Tournament in 2021.  Angie is a member of the Lamar Football Booster Club. She has been a practicing Registered Dental Hygienist for the past 28 years and is an audiobook enthusiast! 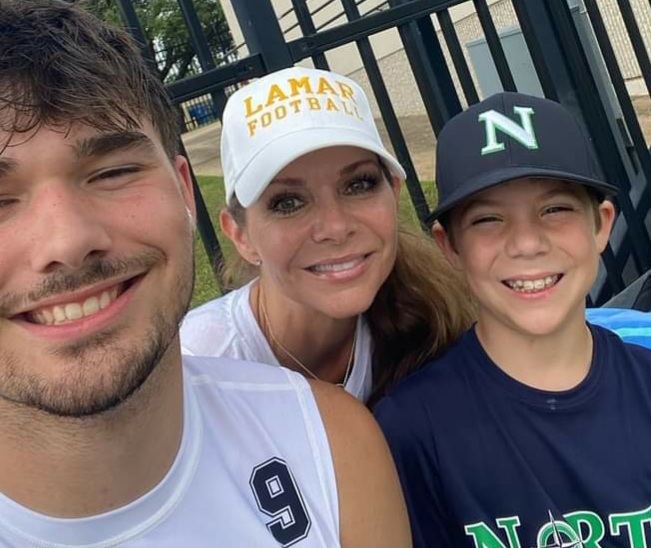 Jaden Morris and Amarlyon Fox are our football interns for this season. Both were valuable members of last year’s 7 on 7 and varsity football programs and both have aspirations of coaching college football.

Jaden was the QB for the 7 on 7 team and a two-year starter for the Viking football team. Jaden is heading to Texas Tech as an invited walk on QB for the Red Raiders. We hate to lose him on our sideline!

Amarlyon was a starter on defense for both the 7 on 7 and football teams. His outgoing personality and enthusiasm make, him a natural at coaching. 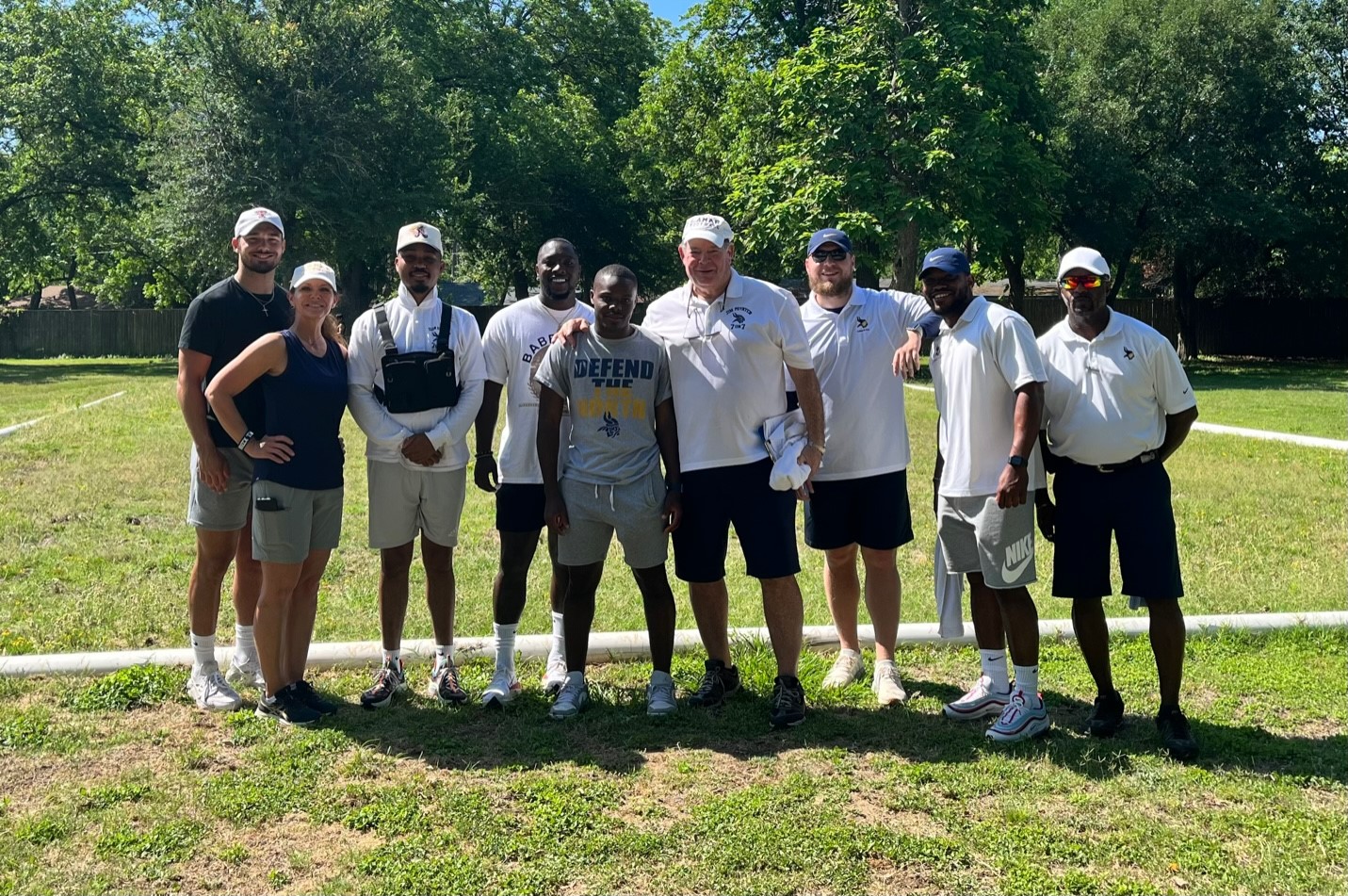